Born in Baghdad in 1929, Mohammed Ghani studied sculpture in the Institute of Fine Arts in Baghdad and graduated in 1953. Two years later he left for Italy to study in its academics of art. He returned home in 1961 with degrees in sculpture, ceramics, medallions, and bronze molding.

In 1962, he was the first to be appointed as a professor of sculpture at the Academy of Fine Arts in Baghdad, and has been teaching there ever since.

He contributed to the development of Iraqi Modern Art through many activities. He was one of the most eager members of the Baghdad Modern Art Group in 1951; the leader of the group was his teacher JawadSelim. Ghani was very active in the Association of Iraqi Artists and the National Committee of Fine Arts, the Dimension Group and the Angle Group.

His work can be seen in Europe at the Fregene, Testa Di Lepre Church near Rome on its three main entrance doors. He also designed and built the Peace door at the Paris UNESCO building, and has a wooden sculpture on permanent display at the Modern Art Museum in Palermo, Sicily.

Other works stand in the village of Rachana in Lebanon and more than sixteen squares in Baghdad, representing Mutanabi, Shehrazad and Shehrayar, Kahramana, Ishtar, Hammurabi, and Al-Mansur, as well as 14 stone murals representing the Ascension Church in Baghdad. Ghani’s personal exhibitions have toured Italian cities, London, the U.S, Amman, Beirut, and Bahrain.

In 2015, the 70th Anniversary of the United Nations, the fountain Kahramana was chosen for the World National Heritage.

1956 Studied in the Zaka Institute in Rome for Medals.

1958 Obtained an award from the Mayor of Rome.

1959 Graduated from the The Fine Arts Academy (Sculpture) Rome.

1959 Assisted JawadSaleem in setting up the Liberty Monument, Florence.

1961 Completed his studies of bronze foundry at Piostoia, Florence.

1964 Obtained the Gulbenkian award for the best Iraqi sculptor.

1993 A special permanent wing for his works was allocated at the National Museum of Arts, Baghdad. A total of 150 statues of bronze, wood, stone, and plaster of his work was stolen and destroyed during the occupation of Iraq in April 2003.

1994 Obtained an award from the Ministry of Culture, Rashana, Lebanon.

2002 Elected president of the Unesco National Board of Arts, Paris.

2016 In honour of Mohammed Ghani's birthday, Google Arabia dedicated it's homepage to the late sculptor 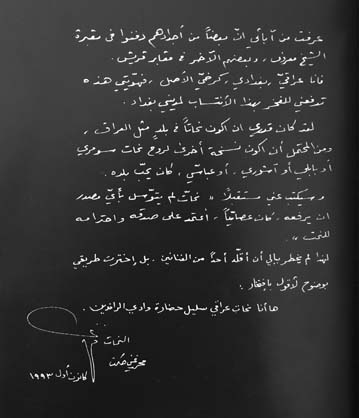 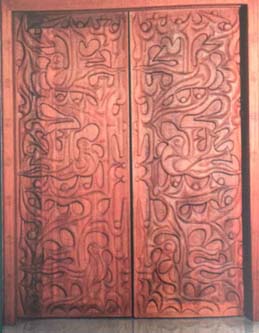 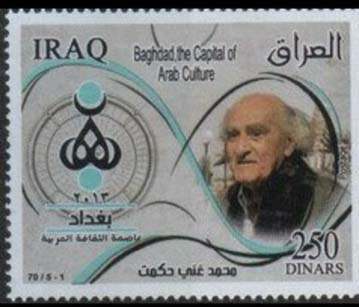 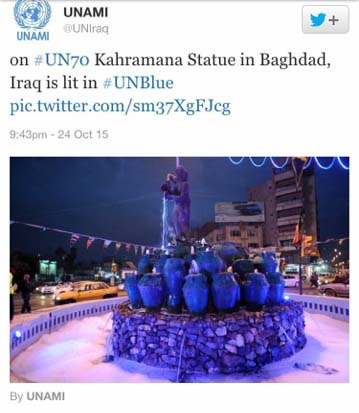 2016 In honour of Mohammed Ghani's birthday, Google Arabia dedicated it's homepage to the late sculptor